Whooping Cough a Growing Threat in the USA

The California Department of Public Health (CDPH) announced [Tue 17 Jul 2018] pertussis, better known as whooping cough, claimed the life of a San Bernardino county infant. This is the 1st confirmed infant death from the disease since 2016, when 2 deaths occurred.

"This baby's death is a tragedy for the family and for California as a community, as this is a preventable disease," said Dr Karen Smith, CDPH director and state public health officer. "This serves as a grim reminder that whooping cough is always present in our communities, and immunizations are the 1st line of defense." 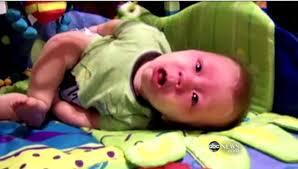 Each year, 50-200 California infants are hospitalized with pertussis. CDPH and the Centers for Disease Control and Prevention (CDC) recommend that expectant mothers receive the whooping cough booster shot (also called Tdap, or tetanus, diphtheria and acellular pertussis vaccine) at the earliest opportunity between 27 and 36 weeks of every pregnancy, even if previously immunized. Getting immunized during pregnancy boosts a mother's immunity and passes on protective antibodies directly to their babies before birth. This helps protect newborns until they are old enough to begin receiving their own whooping cough immunizations at 6 to 8 weeks of age.

"No baby should have to be hospitalized due to a vaccine-preventable disease, and certainly no baby should die," said Dr Smith. "To give babies the best protection, I urge all pregnant women to get vaccinated against whooping cough as early as possible during the 3rd trimester of every pregnancy." 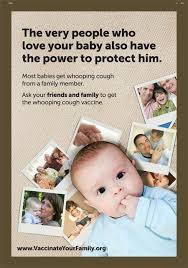 To avoid the spread of whooping cough, CDPH also recommends that:

- parents immunize their babies against whooping cough as soon as possible. The 1st dose is recommended at 2 months of age, but can be given as early as 6 weeks of age;

- adults should receive a whooping cough booster once in their lives.

Two children under 2 [years of age] died in the last week at the Robert Reid Cabral Children's Hospital because of whooping cough, a contagious and vaccine-preventable disease. The dead are a girl aged 15 months from the community of Cambita, San Cristóbal and another one of 3 months, who lived in La Romana.

Also, another 28 children have been admitted with this disease, which calls the attention of the pediatricians of the hospital, since the vaccine that immunizes is included in the Expanded Program of Immunizations (PAI). The official website of the Ministry of Health, in the epidemiology component, defines pertussis as an endemic respiratory disease that commonly affects children under the age of 5, with infants under 6 months of age at the highest risk of complications, but also it can affect teenagers and adults. The use of the vaccination scheme with DPT [diphtheria, pertussis, tetanus] or pentavalent [diphtheria, tetanus, pertussis, hepatitis B, and _Haemophilus influenzae_ type b (Hib)] is the main prevention measure, while pertussis outbreaks tend to occur every 3 to 4 years, according to official information.

So far this year [2018], 29 probable cases of whooping cough have been reported, 7 in the last 4 epidemiological weeks. As many as 9 out of 10 cases correspond to children under 1 year of age. Santo Domingo Norte and Santiago are the demarcations that register the highest number of cases.

Faced with this situation, the Ministry of Health instructed the provincial directorates and corresponding health areas to ensure adequate research and response to preventable diseases. 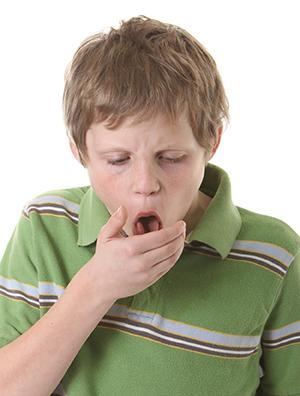 For every case of reported Whooping Cough, 100 cases go unreported and unrecognized. Teens and adults are usually not as sick as children under age one year, but they are highly contagious. Whooping Cough is called the 100 day cough. Sometimes the cough is so bad, that one can break a rib or two. Women who are pregnant are antibody factories. That is why pregnant women are encouraged to have the Tdap vaccine shot every pregnancy in their last trimester even if they have had it before. The antibodies against Pertussis that they produce because of the Tdap vaccine passes through the placenta to their babies offering them some protection until their babies are old enough to receive immunizations to stimulate their own immune systems to produce their own protective antibodies.

The same reasoning applies to pregnant women getting the influenza shot in their last trimester as well. Babies can not get a flu shot until they are six months old. So in addition to the gift of life, mothers who get the flu shot (in season) and a Tdap also give the gifts of antibody protection to their newborn infants. Not a bad way to start a healthy life!

The Wrong way to Cover Your Mouth when coughing!

If a person has had the disease, Whooping Cough, this disease does not convey life-long immunity as many other illnesses do. Appropriate immunizations against Whooping Cough also do not convey life-long immunity to the disease. All teens and adults should have at least one Tdap vaccine. Right now there is no recommendation for adults to have Tdap booster, however we know that Whooping Cough antibody protection from a Tdap only lasts 3-5 years. Even though we depend on a mother's Tdap antibodies passing through the placenta to protect her baby, even though it is not Public health Policy, it still seems wise to me that all adults who are going to be around a newborn in the baby's first year of life should have a current Tdap "booster" if it has been more than 3 or 4 years since the adult's last Tdap. Perhaps National Policy will eventually change to this recommendation. Don't know! But I do know that Pertussis antibodies from a Tdap only last 3-5 years and then are gone.

All forms of Whooping Cough immunizations are effective and safe and can be given with any other vaccine that is needed, e.g. influenza vaccine, etc. As a community we depend on each other for many things. This includes protection from serious disease. We expect restaurant employees to wash hands before they leave the restroom. We expect each other to not drink and drive, to not text and drive, to cover our face appropriately when we cough. Similarly, we should expect each other to get safe and effective immunizations to protect each other, our children and our families from preventable contafious disease.

Ask your doctors about your current immunizations status and that of your children. If you've not had a Tdap, get one. If you've not had a flu shot, plan to get one. The flu shot is now so purified, that even people with egg allergy can get one. September and October are perfect months for a flu shot. The flu shot is preferred this year, 2018, over the nasal spray influenza vaccine.