Good general Information for all:

Tattooing and piercing are no longer taboo, but health concerns persist 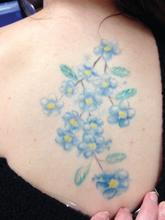 from Pediatric News & The American Academy of Pediatric

Pediatricians should educate adolescents about the potential medical complications and social consequences of tattooing and body piercing as their popularity rises, an American Academy of Pediatrics clinical report recommends.

The most common complications after tattooing are bacterial and viral infections, and inflammation at the site of the tattoo. Rarely, more serious complications can arise in the form of endocarditis, gangrene, and amputations. Postprocedure care is important in preventing most complications: “Reputable tattoo parlors and piercing salons should provide a long list of do’s and don’ts on how to care for the area that was worked on, and what signs might indicate a problem,” Cora C. Breuner, MD, chairperson of the AAP Committee on Adolescence and coauthor of the report, said in a press statement. The clinical report was presented at the AAP annual meeting in Chicago.

With popularity increasing, the understanding of viral and bacterial infections from tattooing and piercing among adolescents and adults is not as high as one would expect. A study of 1,598 Italian college freshmen found that many students were aware of the risk of HIV infection from tattooing and piercing (60%), but only a minority were aware of hepatitis B (34%) and hepatitis C (38%) infections (BMC Public Health. 2011 Oct 7;11:774).Data concerning adolescent tattooing and piercing vary by source and age, but there is a distinct trend of adolescents getting or having an interest in body modification. In samples of adolescents attending clinics at ages 12-22 years, 10%-23% had tattoos and 27%-42% had body piercing (other than the earlobe); rates were higher among girls vs. boys and among older vs. young adolescents. “Of students with current piercings, high-ear cartilage (53%) was the most common visible piercing, followed by navel (38%), tongue (13%), and nipple and genital (9%) piercings” according to the report.

In line with health concerns is the lack of common regulations concerning tattoo and piercing establishments. Although a majority of states have at least one statute regulating tattoos, “72% of states do not effectively regulate sanitation, training and licensing,” the report stated.A concern that many adolescents and young adults may not consider is how tattoos affect society’s perception of tattooed and pierced people. A 2008 study found that 29% of people surveyed thought tattooed people were more likely to engage in deviant behavior; this belief had decreased to 24% by 2012 , according to a Harris Poll.While society at large may appear more accepting of tattooed individuals, employers may be less open to hiring them. According to an executive career coach, “37% of human resource managers cite tattoos as the third physical attribute likely to limit career potential” with non-ear piercings in the top two barriers to career advancement (Am J Nurs. 2012;112[5]:15). In a 2014 survey of 2,675 people, 76% thought that tattoos and/or piercings had hurt their chances of getting a job, and 39% thought employees with tattoos and/or body piercings reflect poorly on their employers.‍ Also, 42% of those surveyed felt visible tattoos are inappropriate at work, with 55% felt the same about body piercings. 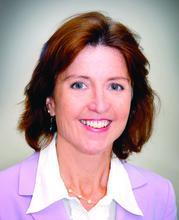 Dr. Cora C. Breuner
“Tattooing is much more accepted than it was 15-20 years ago,” Dr. Breuner said in a press statement. “In many states, teens have to be at least 18 to get a tattoo, but the regulations vary from place to place. When counseling teens, I tell them to do some research, and to think hard about why they want a tattoo, and where on their body they want it.”“In most cases, teens just enjoy the look of the tattoo or piercing, but we do advise them to talk any decision over with their parents or another adult first,” David Levine, MD, coauthor of the AAP report, said in a press statement. “They may not realize how expensive it is to remove a tattoo, or how a piercing on your tongue might result in a chipped tooth.”Laser removal of tattoos can range from $49 to $300 per square inch of treatment area, according to the report.

Some tips from the report