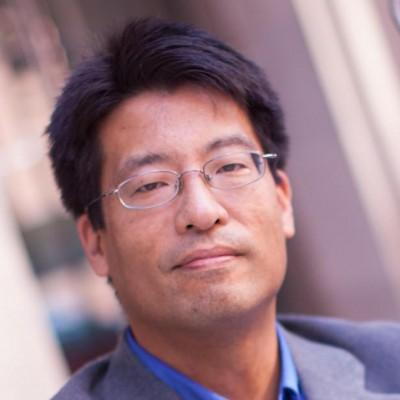 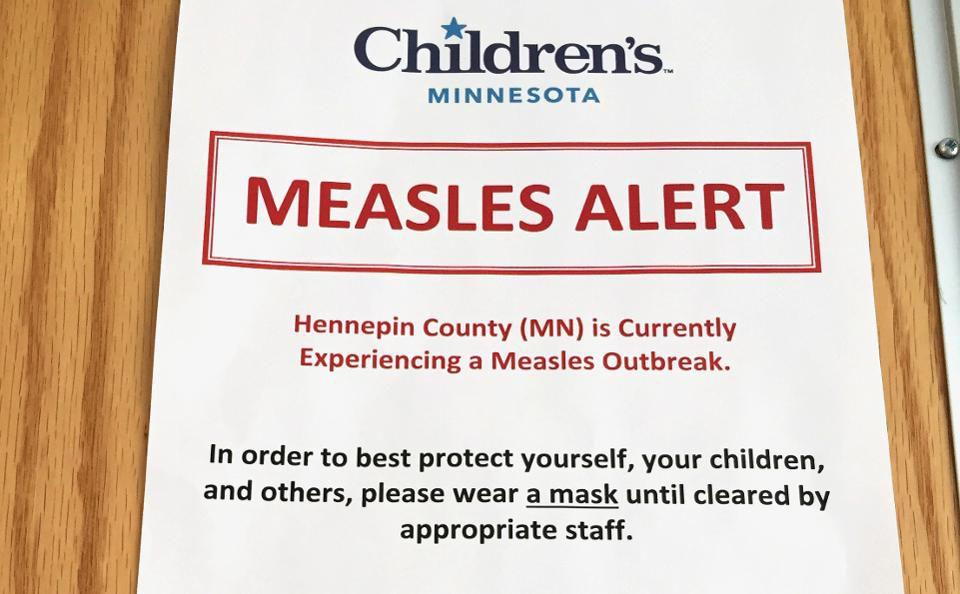 Will signs like this become more and more common? (AP Photo/Amy Forliti, file)

Harrison Ford once said in the movie Six Days and Seven Nights, "I decided my life is too simple, I wanna complicate the hell out of it." Here's one way to do that. Go against established medical advice. Stop using vaccines that have been preventing a potentially deadly disease and watch the disease return.

A study published in the journal PLOS Medicine found that over the past decade more and more parents have been opting out of school requirements to get their kids vaccinated in the 18 states that allow such non-medical exemptions (NME).  In other words, more and more parents are taking the option to increase their kids' (and other kids') risk for getting measles, a highly contagious and potential deadly disease.

That's because there is nothing even close to the measles vaccine in preventing the measles. No supplement, food, oil, body position, app, or chant is going to be able to replace the vaccine.

Keep in mind that NMEs are not medical exemptions, otherwise they'd be called medical exemptions. In other words, parents seeking NMEs aren't doing so because a real doctor said that their kids shouldn't get the vaccine because of an immune system disorder or a severe allergy to vaccine components. They are "opting out" because of their beliefs. 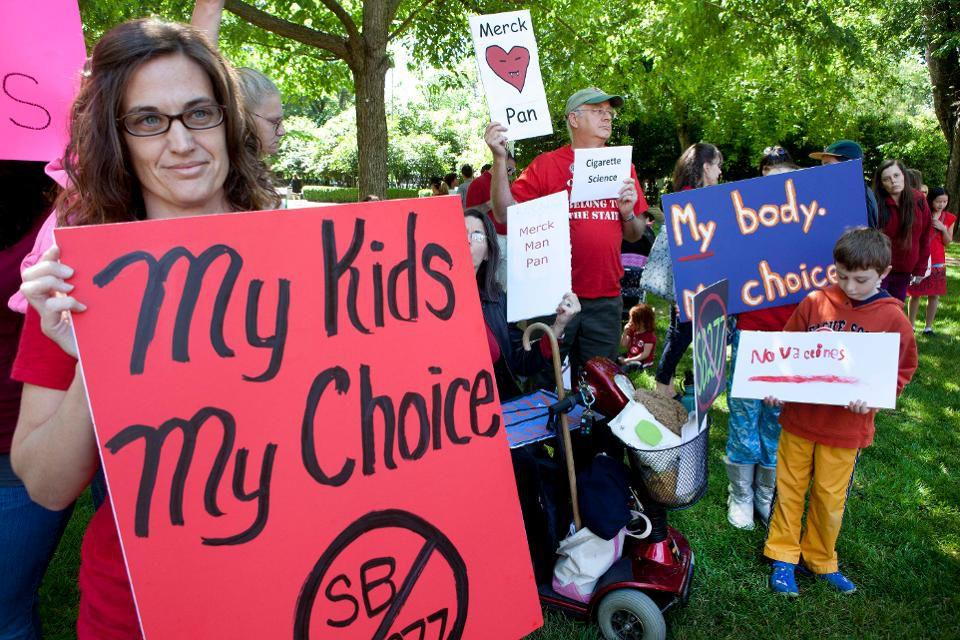 Nikki Craven from Grass Valley joins protestors during a rally in opposition to a bill mandating that California schoolchildren be vaccinated. (AP Photo/Steve Yeater)

If you've pushed for your state to allow NME's, take a look at the PLOS Medicine study to find out what you would be causing. For the study, a research team from the National School of Tropical Medicine (Jacqueline K. Olive, Peter J. Hotez, MD, PhD , Ashish Damania, and Melissa S. Nolan, PhD, MPH) analyzed data from these 18 states and the Centers for Disease Control and Prevention (CDC).  The study found that in 12 of the states that allow NMEs (Arkansas, Arizona, Idaho, Maine, Minnesota, Missouri, North Dakota, Ohio, Oklahoma, Oregon, Texas, and Utah) the number of NMEs has been steadily increasing since 2009. (Colorado, Louisiana, Michigan, Pennsylvania, Washington, and Wisconsin round out the rest of the 18 states that allow NMEs).

And this week, as this ABC15 news segment reports, health officials are warning about potential measles exposure in Arizona, one of the states that has NMEs:

As Hotez explained, "while national immunization rates may not have changed much over the years, we are seeing a rise in non-medical vaccine exemptions in 18 states that still allow them for reasons of personal belief. These hotspots of antivaccine activity are at risk for breakthrough measles and other childhood infectious diseases."

This study essentially showed the consequences of states offering NMEs. And declining vaccination rates are going against what has been one of the biggest successes in the history of public health and has saved millions upon millions of lives and prevented lots upon lots of suffering. Typically schools will require kids to have the full set of routine vaccinations before entering. That's because schools can be germ buffets. You may think that your kid can stay clear of others and others' bacteria and viruses, but in schools it's "snot" reality. Little kids are constantly smearing things such as snot on themselves, their things, their classmates, and everything else.

Requiring kids to get routine vaccinations has helped control of number of diseases that used to be a lot more commonplace up to the earlier part of the 1900's. It helped eradicate smallpox, control polio, and make measles practically non-existent in the United States, at least at the beginning of this century. When it came to vaccine -preventable infectious diseases such as measles, mumps, and pertussis, life by the end of 1990's had become simple. Just keep the population vaccinated to prevent outbreaks.

Enter the Harrison Ford quote. In 1998, British gastroenterologist Andrew Wakefield claimed that measles, mumps, and rubella (MMR) vaccine may be linked to autism and in 2004 published a study in the Lancet in support of his claims. Wakefield sparked an anti-vaccination movement in England that subsequently spread to the United States. However, when investigations revealed evidence that he may have had a financial motive for making such claims and falsified data, the Lancet subsequently retracted the paper and Wakefield lost his license to practice medicine.

Despite these revelations and lack of scientific evidence connecting vaccines with autism, the anti-vaccination movement has continued. So has Wakefield, as he continues to speak at conferences such as the International Chiropractors Association's Annual Conference on Chiropractic and Pediatrics as I described previously for Forbes. The growing number of NMEs has suggested that the anti-vaccination movement has been picking up steam over the past decade.

So what does a more complicated life look like compared to the late 1990's when measles was virtually non-existent in the U.S? According to the Centers for Disease Control and Prevention (CDC), as of July 14, 2018, at least 107 people from 21 states (Arkansas, California, Connecticut, Florida, Illinois, Indiana, Kansas, Louisiana, Maryland, Michigan, Missouri, Nevada, New Jersey, New York, North Carolina, Oklahoma, Oregon, Pennsylvania, Tennessee, Texas, and Washington) and the District of Colombia had measles since the start of this year. The majority were unvaccinated. Here are the numbers of reported cases by year so far in this decade:

Still want to complicate the heck out of life?